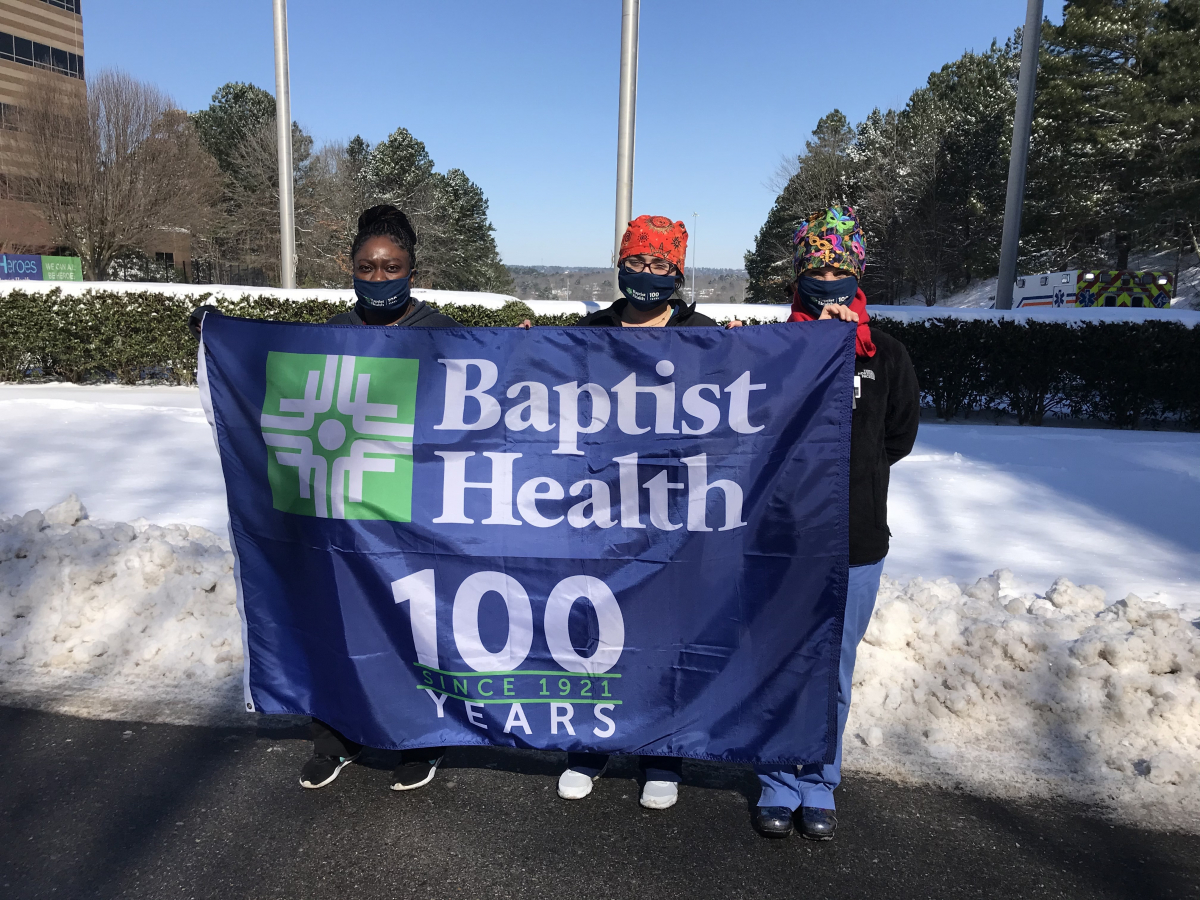 Baptist Health celebrates 100 years of operation since it began serving its first patients in a small wood-frame building in downtown Little Rock.

The raising of new flags at hospital campuses within the system marked the occasion a century after Baptist State Hospital, which grew into the Baptist Health system, became a legal entity on Feb. 16, 1921.

The event also kicked off a year-long commemoration that, out of concern for health and safety amid the ongoing COVID-19 pandemic, will initially be conducted virtually through social media and via a special website section.

“When the Arkansas Baptist State Convention incorporated Baptist State Hospital in 1921, it made a commitment to provide quality, faith-based care that continues today,” said Troy Wells, president and CEO of Baptist Health. “Through 100 years, we have stayed true to that original mission and remain committed to delivering on that promise into the next 100 years.”

Baptist Health plans to host public and employee events to celebrate its 100th anniversary at a later date, dependent on the prevalence of COVID-19 as well as federal, state, and local guidance.