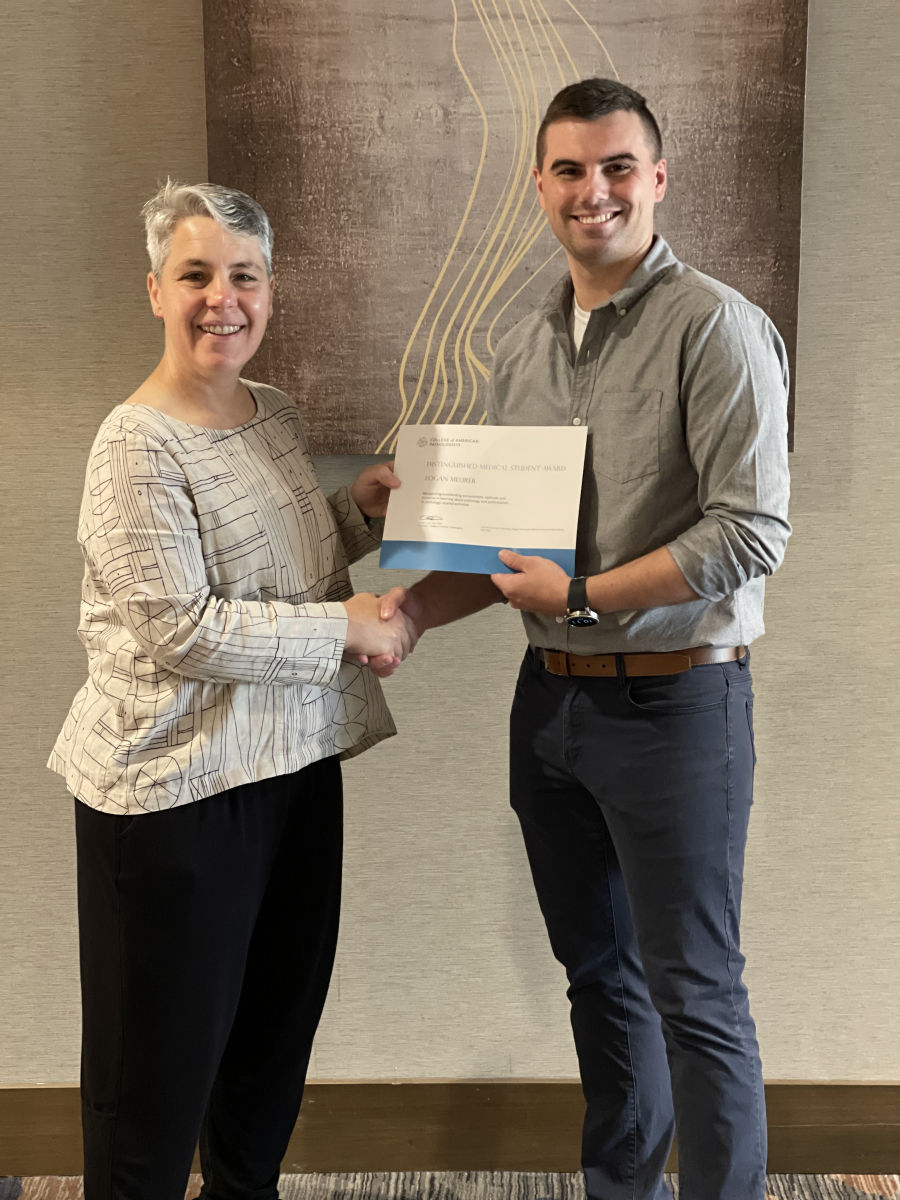 Logan Meurer, a third-year medical student at New York Institute of Technology College of Osteopathic Medicine at Arkansas State University (NYITCOM at A-State), has been honored with a Distinguished Medical Student Award from the College of American Pathologists (CAP).

Each year, CAP honors a small number of medical students in recognition of their outstanding achievement, great aptitude, or great interest in pathology. According to the organization, the award “intentionally elevates the specialty of pathology by leveraging pathologist involvement in medical students' training through interactions with them prior to and during the selection process.”

Meurer, who hails from Lake City, Ark. and earned an undergraduate degree from Arkansas State University, was one of 23 medical students from across the nation who received the award this year. Meurer is currently participating in NYITCOM’s Academic Scholars program, which allows students to step away from clinical rotations to spend a year teaching and performing research while earning a Master of Academic Medicine degree. He plans to pursue a career in pathology upon completion of medical school.